Capturing the Ocean in 360˚ 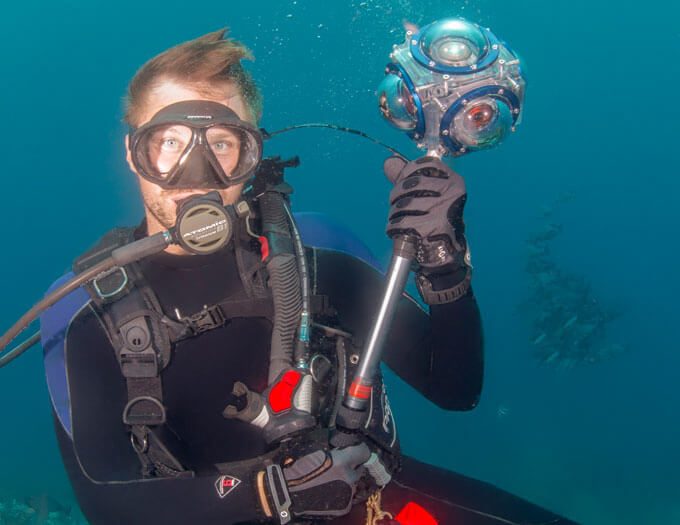 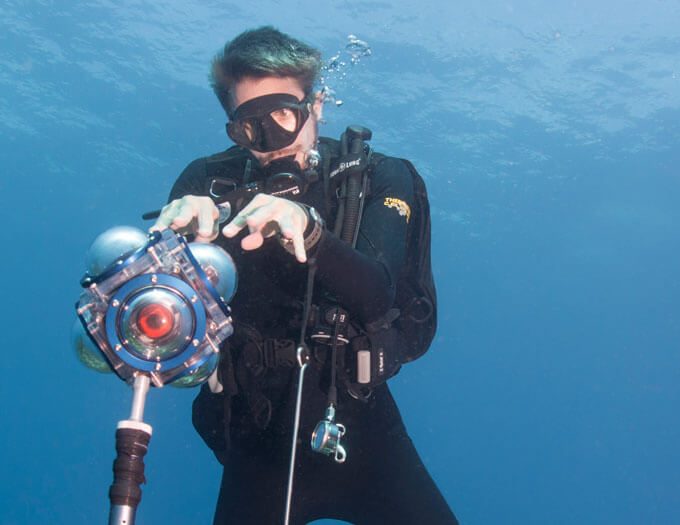 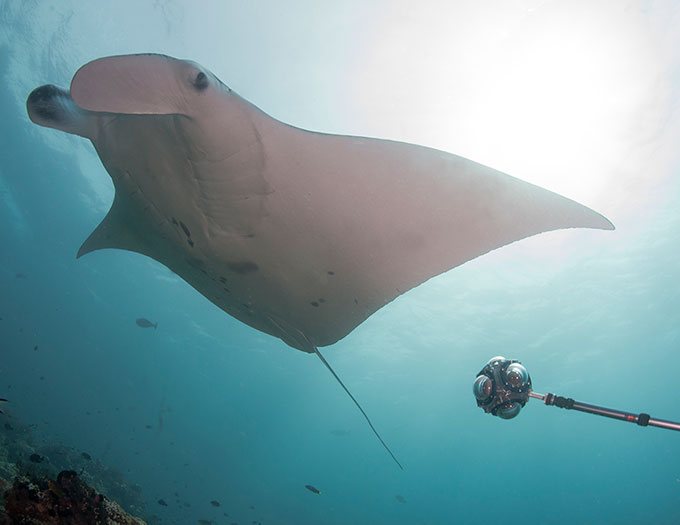 We’re surrounded. Reefs teaming with color and life, fish dancing in the current, looking for a meal, and tiny crustaceans hiding within coral heads.

There is nothing quite like diving to experience the full vitality of this underwater world.

The ocean environment is one of mystery and magic—a vast expanse that is host to some of the most exotic and unbelievable creatures on this earth. There is still much to learn and many new species being discovered.

At Ocean First Education, we are entirely aware that describing all that’s below the surface is a fool’s errand. We also believe that integration of modern-day technology and video is vital to our mission—to bring the ocean to the forefront of our awareness, not an occasional topic for study.

Standard videos bring you the sensation of being underwater, but until recently you watched what the camera wanted you to watch and you had to look in the same direction as the camera was pointed. Essentially, you were being led around by the nose.

Through high-definition video and 360˚ footage, we bring this magic of the ocean to your fingertips in a way that will transport you to the world beneath the waves, giving you full control over two critical factors: where you want to look and what you wish to explore.

360˚ videos allow observers, seated at their home or school computers, to look around the ocean environment as if they had donned scuba gear. The 360˚ video allows you to grab the image with your mouse and adjust your gaze in any direction that draws your curiosity, just the way active learners should pursue what interests them.

We have just started to produce 360˚ videos but already we recognize the power of learning through this approach, providing another quantum leap in the quality of the experience, like the original jump from textbooks to computer-based learning. Given the nearly infinite options provided by 360˚ videos, each viewing experience becomes a unique trip. It’s possible to watch this video a hundred times and never see the sea snake. Did you see it?

With 360˚ videos we can take students to see a coral reef or a school of manta rays without ever having to leave shore. Bringing the marine world to classrooms, regardless of proximity to the ocean itself, will cultivate a sense of responsibility and provide a meaningful way to learn.

Appreciation begins with awareness and insight, which is difficult to come by if you have never experienced the ocean. At Ocean First Education, we understand this. Integrating such valuable tools into our curriculum may trigger a sense of appreciation and encourage more individuals to consider themselves lifelong stewards of the ocean, no matter where they live.

The 360˚ video revolution is just beginning. We are proud to be on the cutting-edge—and helping build ever-larger communities of ocean enthusiasts who realize our life on dry land is directly connected with how well we take care of the wetter 70% of the planet.