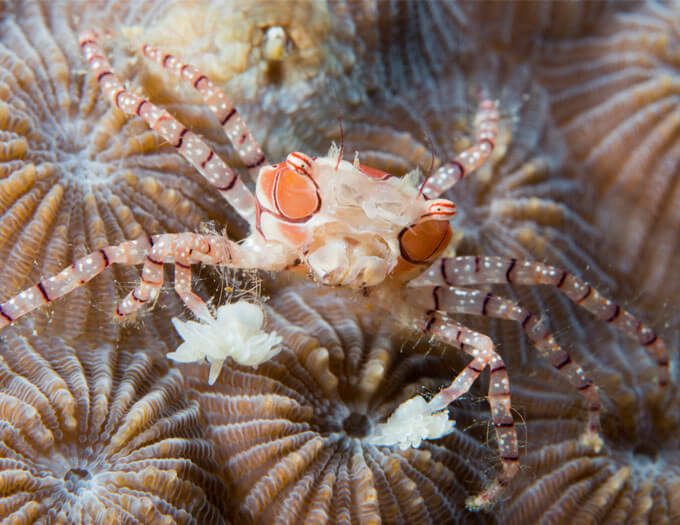 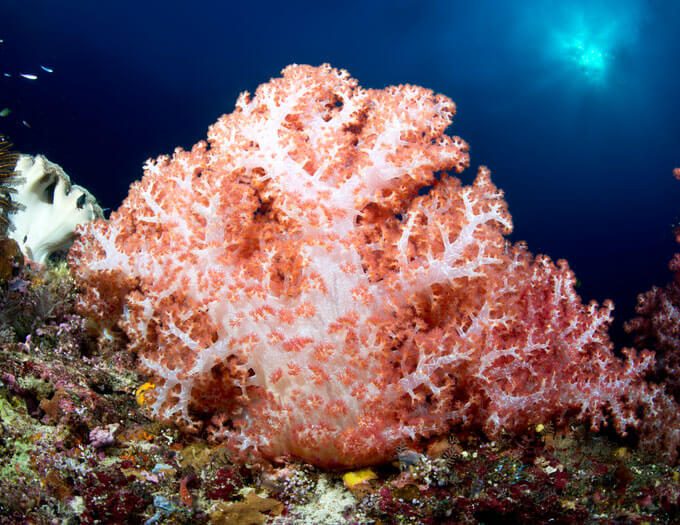 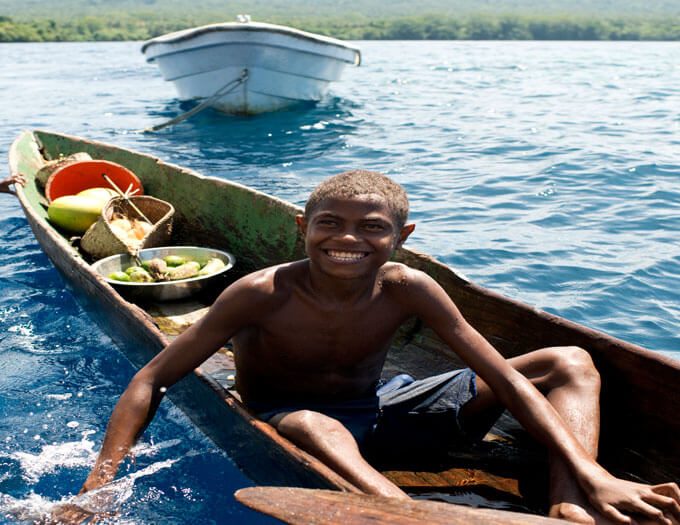 “Local villagers would come to greet us on their narrow, hand-carved canoes as we surfaced from our dives.  They trade fruits and lettuce for rice and soap and I can’t help but think what life must be like on a secluded island in the middle of the Bismark Sea.”

Aside from leaving behind a pair of sunglasses in an Australian cinema and a pair of passports in a shanty motel, Graham and I made it to this fascinating country after only six flights.

Never before have I been so immersed in the jungle. Epiphytes envelope enormous trees that must be thousands of years old and are home to some of the loudest critters you have ever heard. A chorus of crickets, frogs, and geckos kept us company throughout each night, as well as little cockroach parties that took place in our bathroom. A birders paradise, Papua New Guinea is home to 35 endemic and countless indigenous species that swoop overhead incessantly. We would wake every morning to what sounded like a Pterodactyl flying past our bungalow at the Walindi Plantation, our first stop in PNG.

The locals are friendlier than I expected. What Graham and I refer to as the “South Pacific’s Heart of Darkness”, we had been warned many times of the dangers of the country. The locals spend their days working hard on the palm oil plantations and eating beetle nut, a very harsh and sour tasting narcotic that turns their mouths red, making it difficult not to wonder whether cannibalism is still a popular fad. There are over 800 spoken languages in the country and indigenous tribes who have yet to see white skin. It is known as the most culturally diverse area on the planet and the only place that I have ever been where I didn’t attempt to learn some of the native tongue.

The diving was great near the plantation, but due to an inordinate amount of rain this season, the visibility wasn’t at its best near the shore. Despite this, we got some great footage with our new camera systems. I saw my first pod of dolphins underwater and they spent some time with us topside as well. Back on land, the food and mosquitos left little to be desired, but the scenery was so beautiful that I would still run around snapping pictures in between the bites.

Once aboard the Febrina, our charming liveaboard accommodations for the final ten days of our trip, we were instantly welcomed by world class diving. Clown triggerfish, hundreds of nudibranchs, and a few giant mantis shrimp, some of my choice sea-dwelling creatures, were among the first sightings.

I celebrated 100 dives on my 25th birthday. What a treat and great way to spend a quarter-century of life! The dive masters asked what I wanted to see on this special day and after giving them my laundry list of animals, they proceeded to find some of my favorite things; the little candy crab, a small, spiky crustacean that blends in perfectly with the beautiful soft corals on which it lives; a pygmy seahorse, which is a tiny seahorse no bigger than your pinky fingernail that sways back and forth with the current on a piece of halimeda coral, and a couple of beautiful cephalopods known as cuttlefish.

Don’t worry, pelagic lovers, we had plenty of shark encounters as well. The boat staff would chum the waters to keep them inside of the protected areas and they grew rather fond of us. White-tips combed the reefs near the divers while the largest silver tips would come in for a closer look. When they weren’t bumping into people at depth, the sharks were circling us during our three-minute safety stops to the surface and it wasn’t uncommon to see them continuing such behavior just off the dive deck in between dives.

With up to five tanks a day there is plenty to be enthralled by, but nothing is like diving in the dark of the night. It is a completely different world than the already alien experience that is scuba diving and the strangest part is that I don’t even feel like I’m underwater. Floating through space with no beginning or end in sight. In this darkness, different forms of life come about. Giant crabs carrying coral on their backs and sea hares that look like underwater termites eerily crawl along the reef walls. Eyes glisten back at you only when your flashlight grazes over them and reveal transparent shrimp and hard coral teaming with curious crustaceans. I would end up spending most of my time with my flashlight off, flailing about to disturb bioluminescent plankton called dinoflagellates, which when agitated create a mesmerizing glow. I want to spot an octopus so badly that I would envision them all over the rocks and coral. I stared at a floating piece of sea slime for 5 minutes trying to decide if it was a pygmy seahorse or not.

Local villagers would come to greet us on their narrow, hand-carved canoes as we surfaced from our dives. They trade fruits and lettuce for rice and soap and I can’t help but think what life must be like on a secluded island in the middle of the Bismark Sea, eating off of, growing old on, and not knowing anything outside of their little swath of land.

Papua New Guinea has been by far one of the best dive trips I have experienced. Between the quaint liveaboard, its gracious staff, the exceptional diving, and the great footage we’ve captured, Graham and I feel incredibly blessed to be able to call these places our office J. We now await our flight out of Auckland, water-logged and sun-kissed, 43 dives and countless memorable experiences later.

We look forward to seeing all of you and sharing more stories soon.
Much love,
G&K