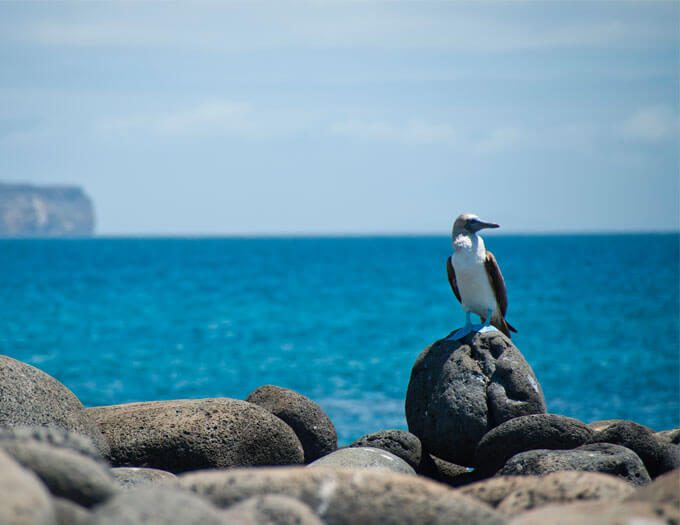 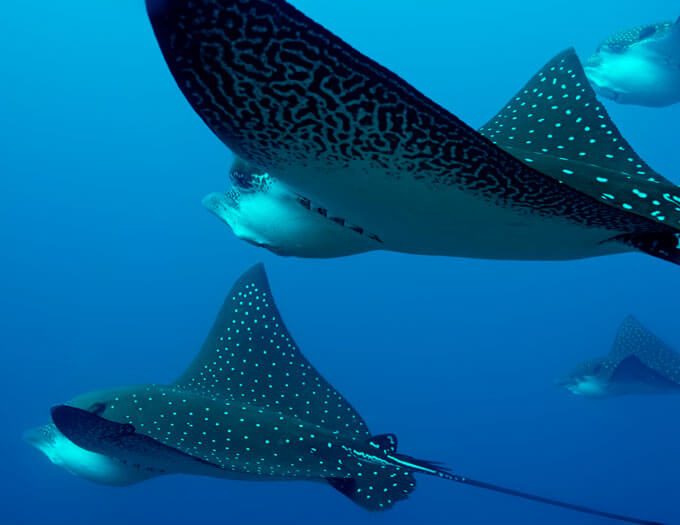 “On the rocks we wait.  Wait for the large and the odd to appear out of the blue just long enough to catch a glimpse.”

When traveling to South America there are a few things to remember; it will take a surprising amount of time to get there, you will see some of the worlds most beautiful landscapes,you will have the most educated tour guide of your life, and yes, you’ll most likely see llamas.

This particular journey began in Quito, the capital of Ecuador and the highest capital city in the world.  Standing at 9,350 feet (2,800 meters) above sea level, we only felt a slight advantage being from mile-high Colorado.  The group split, choosing to experience the country’s culture and topography on different expeditions. Some chose a trip to Otovalo, home to a traditional Ecuadorian marketplace of some of the countries finest textile weavers and tagua nut jewelers.  Others explored Cotopaxi Volcano, an active heap of ash and snow containing one of the few equatorial glaciers in the world standing north of nineteen thousand feet.

We barely had a chance to finish our Pilsener beers before we were off the runway again, heading to the Galapagos.  An archipelago of volcanic islands infested with some of the most unique and fierce land and sea creatures you have ever heard of.  Deep Blue, our stunning liveaboard accommodation for the week, picked us up on the island of San Cristobal where we had a cold checkout dive with our first colony of sea lions.  The playful pups welcomed us, giving kisses, purging regulators, and mimicking our flips and turns when we felt coordinated enough to interact.  The children of San Cristobal laughed and imitated while we all flopped our way back into the pengas.

We made friends in and out of the water as our excursions to shore proved to be very entertaining as well.  An array of birds inhabits the coast, each with a more colorful personality than the next.  Lava gulls and blue-footed boobies compete for space in the condo complex while the fuzzy, white baby boobies flap their oversized wings in attempts to fly.  Soon we would sail north toward Darwin and Wolf Islands where the extraordinary interactions continued.

The crossing was relatively smooth and we navigated our way back across the equator, frigate birds hovered overhead like toy marionettes awaiting our arrival to the northern islands. This is where the big boys play.  Sharks, whales, rays, mola-molas were all on the docket and we had no idea just what we were in for.  The effects of the recent El Niño storm were still present in the Galapagos and our team encountered some of the most severe conditions of the year.  Water temperatures wavered between 60 and 70 degrees Fahrenheit and the strength of three separate currents pushed against us at around 5 knots.  The Humboldt Current comes from the south, carrying waters and nutrients from Antarctica up the west coast of South America where it is met by two other currents coming from opposite sides of the earth.  The collision of the three makes for some incredible wildlife encounters, not to mention a thrilling ride.  One moment you’re gripping a barnacle-covered rock observing fish and rays at cleaning stations and the next you’re speeding downstream past them aboard the EGC (East Galapagos Current), dude.

Darwin’s theories on survival of the fittest come to life among burly hammerhead sharks that push their way up the roaring current and flightless birds that dive to the depths for dinner.  It is here that Darwin made his initial discoveries about species adaptation and evolution; with such a diverse and inhospitable environment it isn’t a stretch to imagine.  The beefier animals swim in the open water catching meals along the way, while the smaller, more curious fish hang out with us nibbling on algae and neoprene.

On the rocks we wait.  Wait for the large and the odd to appear out of the blue just long enough to catch a glimpse.  Schools of hammerheads swarm together like King Leonidas’ army, while the elusive whale shark swims alone, only coming out of the mystic when least expected.  A school of eagle rays lingered amongst us for nearly an entire dive, enjoying a good cleaning and little extra attention, they posed for our cameras ever so snobbishly.  When it was time to head back down south, mola-mola’s began to make an appearance with around twenty sightings on one dive. They showed off their two-dimensional body shape swimming around like a Frisbee thrown awry until they decide to shoot up to the surface for some fresh air. Built like a short stack of fluffy pancakes, mola molas are the bellyflop champions of the sea, and we enjoyed observing them almost as much as the sea lions enjoyed chasing them.

Once the brain dump is over and reality has set in, it is easy to look back and consider yourself a total badass.  Swimming in difficult conditions with animals that set the bar for strength and ferocity before it was time to get back onto our luxury yacht where you are handed a warm towel and a cup of hot cocoa.  Deep Blue along with the rest of our accommodations and guides in Ecuador were incredibly kind, helpful, and professional.  With such beautiful scenery and culture, there was little left to be desired.  The country even strives for environmentally conscious tourism, and the conservation and marine reserve legislations for the Galapagos is whale song to my ears. Coming home with a touch of windburn and a desktop filled with photos, it is clear that this adventure was nothing short of epic.