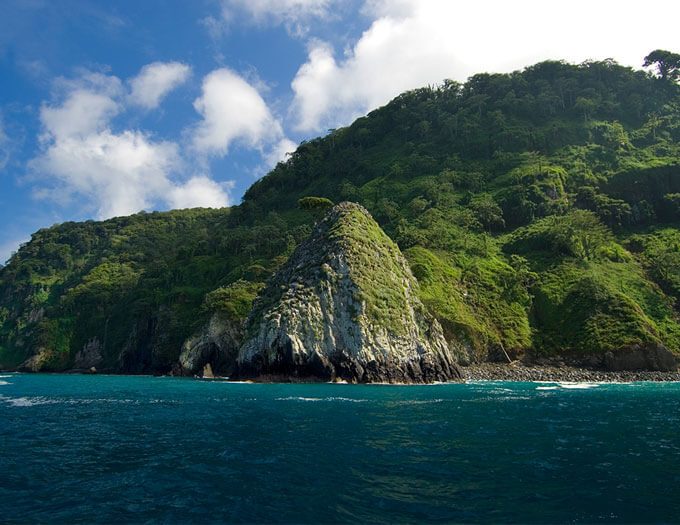 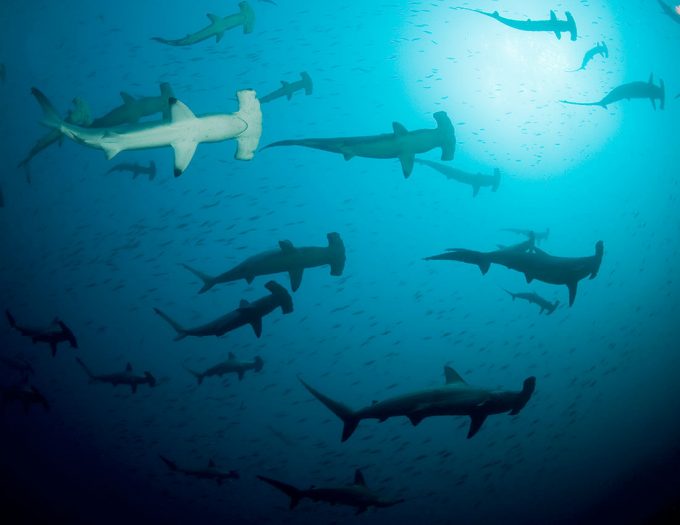 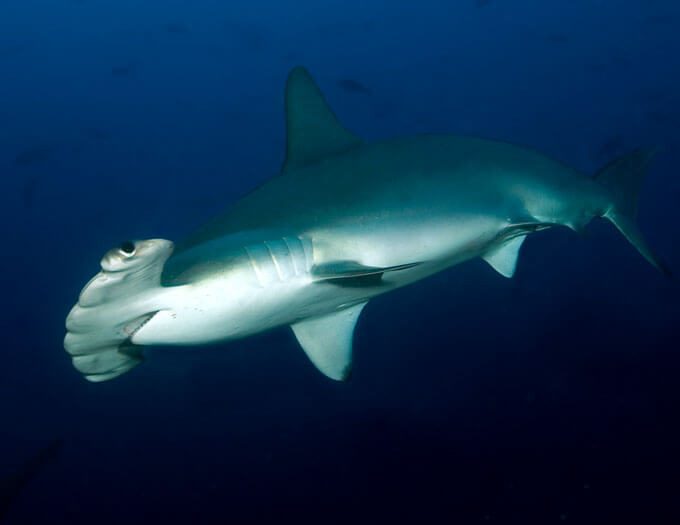 A scalloped hammerhead comes in for a close-up 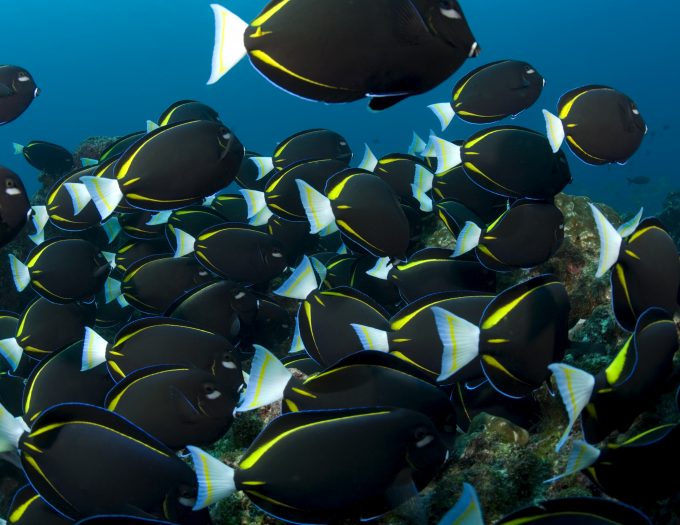 Surgeonfish make their way across the reef

“Our first dive was right here in Chatham Bay,” Sylvia tells me, recounting her first expedition to Cocos Island in the seventies. “There were fish everywhere, schools of jacks like you wouldn’t believe, hammerheads by the dozens, hawksbills, marble rays, it was untouched.”

Some 40 years later we’re back at Costa Rica’s crown jewel, only this time things look a little differently and the fate of the entire ecosystem rests with what scientists know about the area and whether or not the government decides to act upon it. Costa Rica, once considered one of the more environmentally progressive countries, has recently loosened their fishing laws and shark-finning boats continue to operate in their territorial waters.

For this expedition, we’ve teamed up with Mission Blue and Fins Attached to learn more about the scalloped hammerheads that come to Cocos- to be cleaned by the aptly named barberfish- and their migration patterns, which now appear to be more extensive than originally thought. Acoustic tags have shown sharks move between Cocos Island, Malpelo (Colombia) and the Galapagos, a combined distance of several thousand miles, so it seems we are only beginning to understand the behaviors of these amazing creatures.

The team brought five tags and four receivers with high hopes of tagging three hammerheads and deploying all four receivers. With an old-fashioned speargun and some guts, scientist Randal Arauz successfully tagged five female sharks. Now we wait and see. It is the information collected from these expeditions that helps scientists understand not only migration and breeding patterns, but also helps convince governments to protect the waters around these prolific islands, as well as the corridors between them.

When Ocean First Education first started almost 10 years ago, I wanted to share my love for the sea and inspire kids to experience it for themselves. I never dreamed of working firsthand with scientists in the field, tagging sharks, and protecting endangered species and I know there are plenty others out there like me. To be doing all of this on a research expedition with Sylvia Earle and the foremost experts in their field made it a trip of a lifetime and I’m inspired to continue sharing my experiences and to provide similar opportunities for kids everywhere.